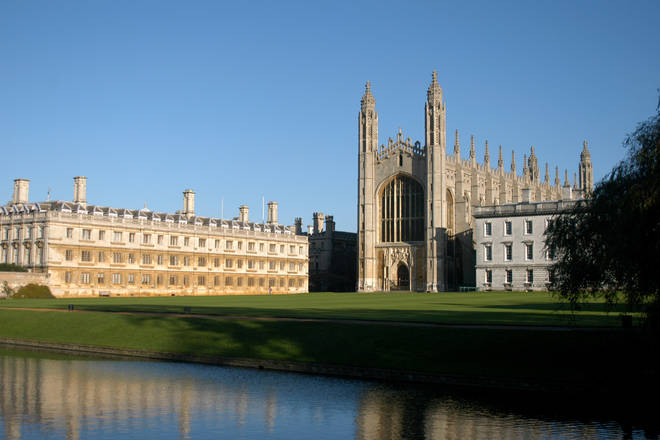 Cambridge University has become the first UK institution to announce it is moving all lectures online until summer 2021.

The university said, “given that it is likely that social distancing will continue to be required, the University has decided there will be no face-to-face lectures during the next academic year.”

Tutors have been told that lectures will be held virtually, including live-streams. However, the institution still plans to hold seminars, workshops and small group-based learning in person with “strict social distancing” in force.

A Cambridge spokesman told LBC News: “The University is constantly adapting to changing advice as it emerges during this pandemic. Given that it is likely that social distancing will continue to be required, the University has decided there will be no face-to-face lectures during the next academic year.

“Lectures will continue to be made available online and it may be possible to host smaller teaching groups in person, as long as this conforms to social distancing requirements.

“This decision has been taken now to facilitate planning, but as ever, will be reviewed should there be changes to official advice on coronavirus.”

Alice Benton, the university’s head of education services, told student news paper Varsity plans are currently being formulated to ensure the virtual lectures “will be of the best possible quality”.

Cambridge is the first to take such a radical step, but the University of Manchester announced last week that it was conducting all lectures online during the autumn term.

The Russell Group institution took the move amid “real uncertainty” over when social distancing will end and said the lecture theatre “does not easily support spatial separation”, but added it hopes to run some face-to-face learning for small groups.

It comes after the regulator told universities to inform applicants whether or not they could expect face-to-face teaching next year in advance of them accepting offers.

The Office for Students said bosses must give students “absolute clarity” and not offer false hopes of a “campus experience”.

Most campuses have been shut since April with classes and exams moved online.

There is growing uncertainty across the sector over how they will operate next year, with institutions already facing huge financial losses from an expected fall in overseas students studying in the UK this autumn.

Michelle Donelan, the universities minister, has said institutions can charge the full fee as long as online learning is “quality”.

But some students have expressed concerns they won’t be getting their money’s worth if all the teaching is done online.

Alex Jones, a second year Cambridge natural sciences student, told LBC News: “Being in a contact-heavy course, there isn’t really a substitute for teaching that we get in the lab.

“Already this term we’ve had half the number of contact hours we were originally scheduled to have, and 10 weeks of fieldwork we were due to have were cancelled.

“If the same thing happens next year it’s hard to see how it’s worth £9250 when we’ll be getting a lot less teaching.”

Other British universities, which have been closely watching Government guidance while hesitant to be the first to act, could now follow suit.